Bernie Sanders. Please Win for All of Us. 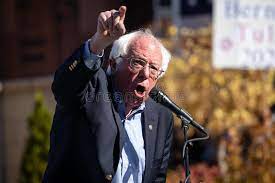 "We need a political revolution in this country involving millions of people who are prepared to stand up... At a time when 99% of all new income is going to the top 1% and when the top 1/10 of 1% owns almost as much wealth as the bottom 90%.... In countries like Denmark, Norway, Sweden... and in those counties by and large government works for ordinary people from the middle class rather than as is the case right now in our country for the billionaires...." This is historical. To see Bernie Sanders stand up and speak out. To see the best of a nation when we so need it. There really is hope. 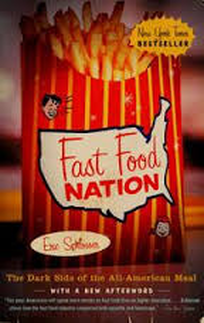 Eric Schlosser tells a thorough story. Right from Woodrow Wilson's anti-trust acts that were meant to rain in the potential monopoly of power to Ronald Reagans repeal of those same acts. We now have four meat packers slaughtering about 84 percent of the nations cattle. The author speaks with rancher, farmers, meat packing workers and fast food employees. Woven in to all that is the history of the rise of the chain restaurants. Just a really fascinating read particularly now with Burger King taking over Tim Horton's. Well, that's beside the whole globalization of the American culture. To scary. 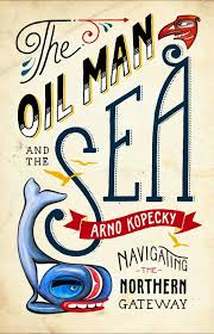 The Oil Man and the Sea by Arno Kopecky:

I confess naivety in thinking that the Northern Gateway Pipeline is about just that, the pipeline. Arno Kopecky's book makes clear that the pipeline is in fact only a small part of the big picture. What of the water, marine life, and coastal people that the tanker traffic will affect. "The Oil Man and the Sea" brings that home for all of us who don't live on the coast. He also brings home a number of other realities beyond simply Edbridge and the pipeline. The book itself? Well, Arno tells us all just a little to much of his life aboard their 41 ft. cutter. But an important story has, in a small way, been told and that's what's most important. 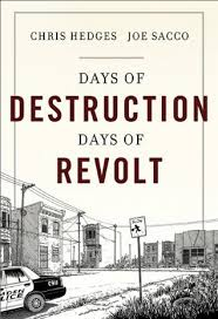 This was not an easy book to read. It is though one of the more interesting books I've read.  Basically he`s saying that the corporations have taken over his country. They have commoditized everything. They have one agenda and know only one word. More. For their quarterly profits they will destroy our environment, our communities and us. He sees it as Corporate Totalitarianism. At first for me there was more than just a hint of coffee shop quackery in the rants. Then you look at Hedges's credentials and his experience. Then you go to Youtube and watch his interview with Bill Moyers. These are two very articulate people. I gotta say it's moved me to rethink my privileged little world. That world now includes a lot of other people as well as two new sources for news, Democracy Now and Truth Dig. I'm also on the watch for another of Mr. Hedges's books, The World As It Is. 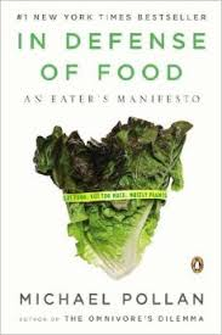 In Defense of Food by Michael Pollan

When in our dietary language did we stop talking about food and start using the language of science. Polyunsaturated, cholesterol, monounsatured, carbohydrate, fiber, polyphenols, amino acids, flavonols, carotenoids, antioxidants, probiotics, and phytochemicals. Or more importantly why this language and who benefits from it. There is also the question of "food Synergy", the idea that a whole food might be more than the sum of its nutrient parts. Mr. Pollan also asks what would happen were we to begin thinking about food as less of a thing and more of a relationship. Our personal health not being divorced from the health of the entire food web beginning with the soil. All interesting questions that are part of a very interesting book. 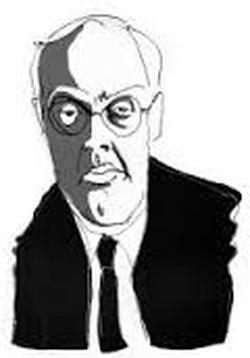 "Unregulated, unfettered, capitalism is a revolutionary force. Because without self imposed limits it commodifies everything. Human beings become a commodity, the natural world becomes a commodity, that it then exploits until exhaustion or collapse. That's why the environmental crisis is intimately twinned with the economic crisis. Forty percent of the summer arctic sea ice melts and Shell Oil looks at it as a business opportunity. The death throes of the planet. In theological terms these corporate forces are forces of death and they will sacrifice the next generation and succeeding generations for short term profit. There is now no capacity we have through the formal systems of power to ameliorate or to protect ourselves from a rapacious corporate capitalism, a global neo feudalism"

The Shock Doctrine by Naomi Klein 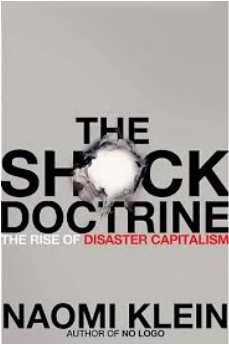 To best summarize this book I think I'll turn to page 304. " The movement that Milton Friedman launched in the 1950's is best understood as an attempt by multinational capital to recapture the highly profitable, lawless frontier that Adam Smith, the intellectual forefather of today's neoliberals, so admired - but with a twist. Rather than journeying through Smith's "savage and barbarous nations" where there was no Western law ( no longer a practical option ), this movement set out to systematically dismantle existing laws and regulations to re-create that earlier lawlessness. And where Smith's colonists earned their record profits by seizing what he described as "waste lands" for "but a trifle," today's multinationals see government programs, public assets and everything that is not for sale as terrain to be conquered and seized - post office, national parks, schools, social security, disaster relief and anything else that is publicly administered."  That, more or less, is it in a nut shell. Whether you agree or not... An interesting read. 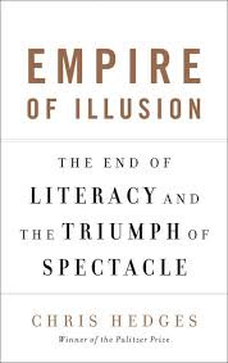 Empire of Illusion by Chriss Hedges


Chriss Hedges is something else. He speaks of how we've sever'd ourselves from a literate, print-based world, a world of complexity and nuance to a world of images, fantasies, slogans, and celebrities. He speaks of a pornography crippling our ability to be intimate. He speaks of our schools no longer teaching us to think but to simply train us for careers. He speaks of a country he used to love that's been taken over by the corporate state. A culture that tosses its mentally ill out on the street, warehouses more than 2 million people in prisons, denies health care to tens of millions or poor, champion gun ownership over gun control.... 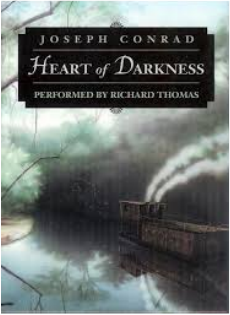 Heart of Darkness by Joseph Conrad

What is most shocking about Conrad's Heart of Darkness is just how fitting it is to our world today. In the late 1800's Marlow had to travel up river into the Belgian Congo to find Mr. Kurtz. There he was the embodiment of colonial greed, corruption, decay and exploitation. Today of course one could simply make his way to Wall Street to easily find a thousand fellows all making Mr. Kurtz's exploits seem mild. I mean really, trading in commodity futures so that the very least who can afford inflated prices suffer while the most wealthy prosper. Colonialism was disgusting but that was but a warm up for the greed we see today. 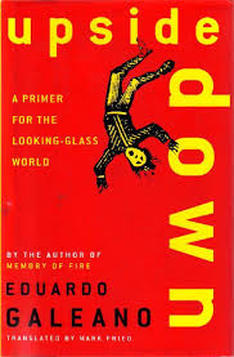 These are just a couple of excerpts from Latin American author Eduardo Galeano.

Poor countries have put their heart, soul, and sombrero into a global good-behavior contest to see who can offer the barest of bare-bones wages and the most freedom to poison the environment. Countries compete furiously to seduce the big multinational companies. What's best for companies is what's worst for wage levels, working conditions, and the well-being of the people and of nature.

So interesting to read a southern view of free trade. To defend nature, ask for a reasonable wage or demand respect amounts to an act of treason. That simple. 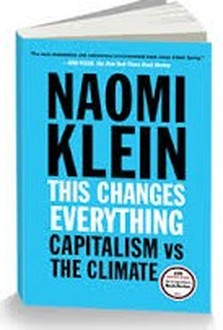 Well, at page 245 I've packed it in. It's not that I don't care or am not interested. It's just to .... Over the top in detail? I will skip to the back , page 450, to read the conclusion, but thats it.  I mean it was a bit like reading Moby Dick. Melville just went on and on about every conceivable detail there was to be had about the Leviathan. I enjoyed it but enough about the whales, lets get on with the story. Naomi Klein on the other hand. There you have my complaint. Why I put the book down. Lets get on with the story! I have to wonder if she hasn't done us all a bit of a disservice. Could you not have gotten the message across in a more readable fashion? 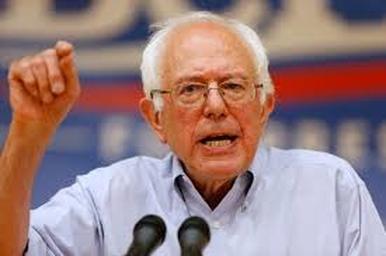 "We need a political revolution in this country involving millions of people who are prepared to stand up... At a time when 99% of all new income is going to the top 1% and when the top 1/10 of 1% owns almost as much wealth as the bottom 90%.... In countries like Denmark, Norway, Sweden... and in those counties by and large goverment works for ordinary people from the middle class rather than as is the case right now in our country for the billionares.... This is historical. To see Bernie Sanders stand up and speak out. To see the best of a nation when we so need it. There really is hope.